A Nigerian army impostor has been apprehended by men of the Nigerian Security and Civil Defence Corps in Kaduna. Operatives of the Nigerian Security and Civil Defence Corps (NSCDC), Kaduna State Command, have arrested an impostor with the Nigerian Army uniforms and Police beret in Kaduna metropolis despite a 24-hour curfew imposed by the state government.
While parading the suspect on in Kaduna on Tuesday, the State Commandant of the Corps, Modu Bunu said the suspect who gave his name as James Abelagi Tersoo, male (25) was apprehended during a stop and search operations at Jos Road in Kaduna metropolis.
According to the commandant,

“James who said he worked with a private guard (name withheld) claimed he was heading to Kakuri before the arrest.
“When searched, his bag contained one pair of Nigerian Army Camouflage, Black boot, one Green Beret with police crest and two belts (black and white). “The operatives who escorted the suspect to his residence located at Jos Road during investigation recovered another pair of Army Camouflage uniform, two camouflage jungle hats, one pair of Army Uniform, one Army winter-cap, one Army neck Muffler, two Army knee guard, one Army cardigans, two Army Crested T-Shirts and a pair of private guard uniform.”
While calling on parents and guardians to warn their children and wards to be law-abiding and desist from all forms of crime in the interest of peace and stability, he further urged traditional and religious leaders to caution their subjects against indulging in any act capable of destroying the peace measures put in place.
To residents of the places which are still under 24-hour curfew, Bunu urged them to comply and abide by the directive on the restriction of movement, warning that anyone who disobeys the order and is arrested will face appropriate sanctions of the law.
“There are unsubstantiated allegations that security agencies are being complicit in enforcing the curfew imposed on some parts of the state.“However, the command urges the public to repose high confidence in security agencies which are statutorily established to maintain law and orderliness,” he stressed. 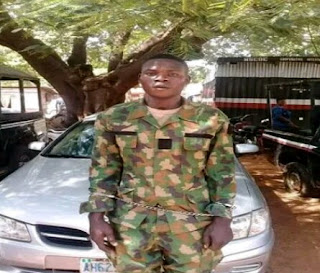