Popular Nigerian songstress Tiwa Savage has dished out a relationship advice in the middle of her trending controversial appearance in Wizkid’s Fever Video.
The duo who appears to be involved in a more than a friendship relationship, took the friendship to another level after Tiwa Savage was featured in the music video, despite not appearing on the audio.
It would have been a less incident to talk about if only she had a cameo appearance in the already trending video, but the social media was lit on fire as the duo could be seen in many scenes in the video, entangled in romantic movements.
Nigerians have reacted to the video and Tiwa Savage’s estranged husband, Tee Billz was also dragged into the controversy.
In what could be regarded as a subtle reaction to what people have been saying about the video, Tiwa savage took to her Insta-Story to dish out a relationship advice this afternoon.
She wants everyone to understand that their relationships are nothing but personal affairs and not what the entire world should have something tangible to talk about. 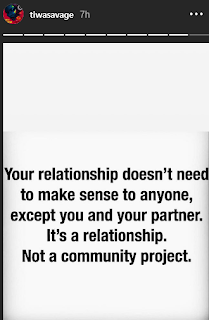 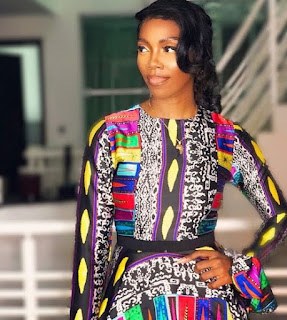