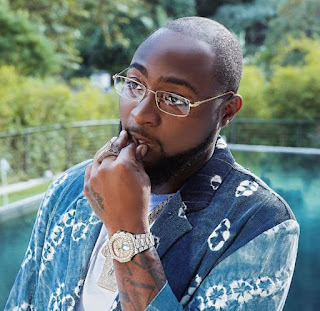 Last night, Davido played host to music journalists and a few industry players in an event he tagged, “Catch Up with Davido” at Landmark Towers, Lagos.
At the event, Davido teased four songs off his upcoming album which he announced the title and also made a few announcements about the project which is dropping in a few weeks.

1. The Album Finally Has A Title

After a long wait, Davido’s album is ready and another new discovery is the album’s title.
Few weeks back, Davido had interacted with followers on Twitter asking them to give his album a title. However, the album now has one “A Good Time”

2. Tracks On The Album

While the total number of tracks on the album are still unknown, OBO played four songs on the album, Vanity, Risky (based on his famous freestyle), Animashaun featuring Yonda and One Thing.

3. Meek Mill Was Originally On “Blow My Mind”

Davido revealed Meek Mill and Chris Brown were meant to be on Blow My Mind and had dropped their singles but Davido preferred Chris Brown’s input.
Yet, the version with Meek Mill will make it to the “A Good Time” album.  And according to sources, Meek Mill’s rendition was a stellar one.

5. All Producers Are Nigerian

Irrespective of the fact that international artists are to be featured on the album, the producers on the project are all Nigerian except one international producer.

Well, while it’s taking a long time for the Starboy to release “Made In Lagos”. Davido’s sophomore album will be dropping in a few weeks.
So Guys

What Are Your Expectations?