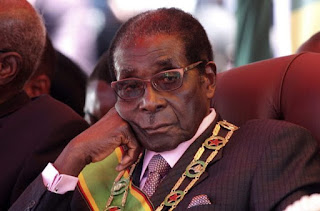 Zimbabwe’s former President Robert Mugabe has died in Singapore, aged 95.
He had been ousted from power in a military coup in November 2017.
Robert Mugabe, who served as prime minister of Zimbabwe from 1980 to 1987 and then as president from 1987 to 2017, has died, aged 95, the current president, Emmerson Mnangagwa announced on Friday.
Mugabe, who dominated Zimbabwe’s politics for nearly 40 years, was a controversial figure whose supporters considered him as a hero who helped Zimbabwe from British colonialism, but whose detractors accused him of economic mismanagement, corruption, and crimes against humanity.
www.eddaloaded.com