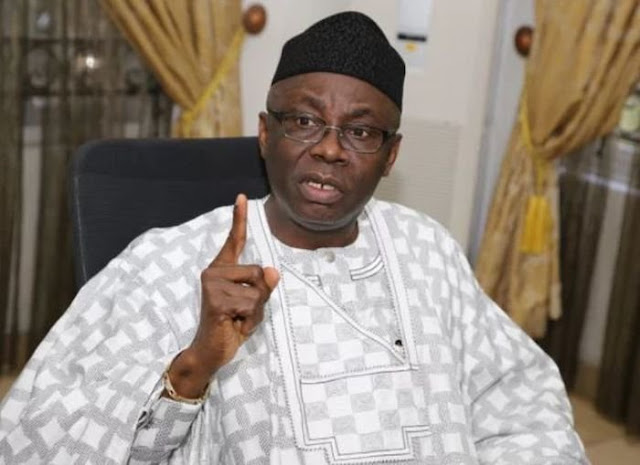 Pastor Tunde Bakare of the Latter Rain Assembly has doubled down on his prophecy that he will emerge Nigeria’s 16th president—right after President Muhammadu Buhari exits the throne in May of 2023.
Clips of Bakare declaring himself Nigeria’s next president went viral last week and the pastor clarified that the pronouncement wasn’t recent, while questioning the intentions of the persons who went digging and exhumed a sermon that is one year, seven months old.

“It was mischief makers that took it from one year, seven months and then there was a publication in Tribune on Saturday and they circulated the thing on Sunday; even baba, Kabiyesi Awujale said, ‘Ah, ah, the great pastor, you made this declaration and I don’t know anything about it?’ and I said, ‘Baba, it’s not true’. And he said, ‘But you said this on Sunday in your church!’ and I said, ‘Sunday, when?’”, Bakare was quoted as saying by Punch.

For those wondering from which political platform Bakare would be mounting a presidential run, he said: “the one Joseph used when he came out of the prison.”
The pastor also told his congregation to pay attention to the symbolism of numbers. According to Bakare, the number 16 is significant for him, recalling that the staircase in his father’s house has 16 flights and a book he wrote in 1993 has 16 chapters.

“You think this is an overnight thing? Go to my father’s house and count all the steps; in that house there are 16 steps. And I say it to those who care to listen; when that time comes, get ready, I will reach my goal. I meant everything I said. It was deliberately so,” Bakare declared, as reported by Punch.

The Nigerian presidency, which is often rotated between predominantly Christian south and predominantly Muslim north, would most likely be left to the south–where Bakare hails from–in 2023.