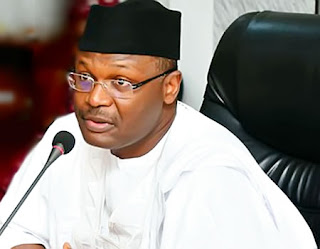 Chairman of the Independent  National Electoral Commission (INEC), Prof Mahmood Yakubu, has admitted that the number of accredited voters and the total number of votes cast in February 23, 2019 presidential election did not add up.